Have Hat, Will Travel

Karl, from Ushanka.us, is visiting both conventions.
These are our reports from Denver and Minneapolis.
Friendly comments are appreciated!
Enjoy!

We hope you enjoyed our Convention Reports as much as we enjoyed attending. Here are some parting images and videos:

Can the Democrats bring themselves to hire one 9-year-old Cub Scout to advise them on handling the flag.  These aren't lapel pins... 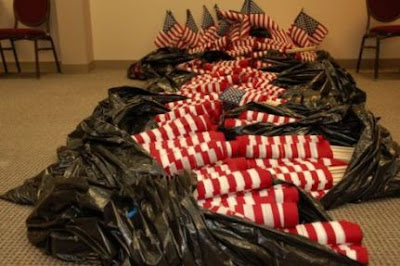 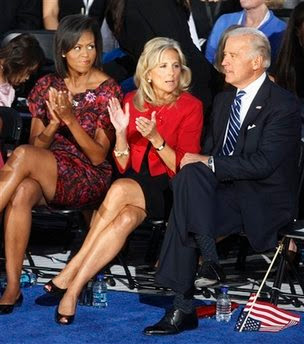 Gov. Palin's speech - the highlight of our two-week trip.

Wednesday night was the end of the red meat giveaway in St. Paul, so we started our drive home early. As we were exiting South Dakota, we visited the famous Wall Drug and the awe-inspiring Mount Rushmore. 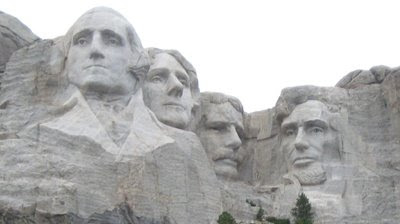 Gov. Palin is the new face of the conservative movement. All we can say is "Wow".

Outside the Xcel Center 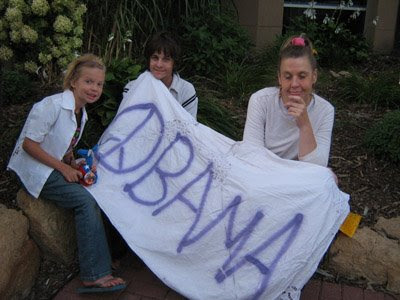 Outside the center entrance 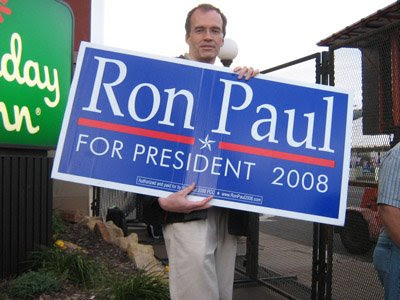 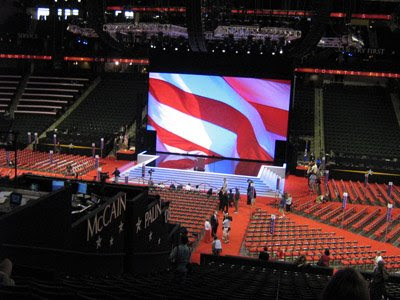 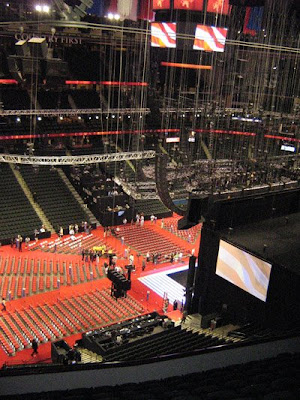 The girls with the 'missiles' were at the Gitmo cell: 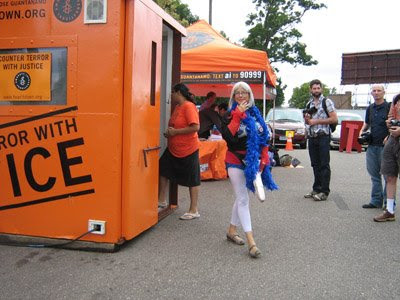 The Gitmo exhibit, but without the 30-seconds of torture... 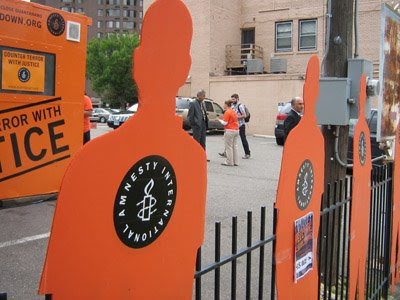 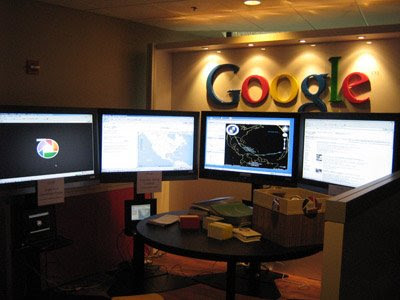 More of a PR stunt, dictated by the Dems. 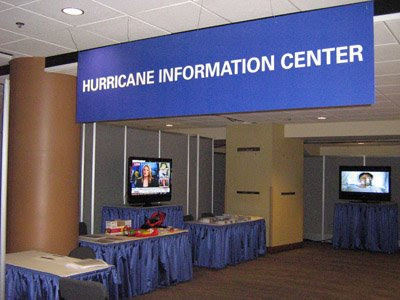 Looks like some of the vacationing congressmen are in town. 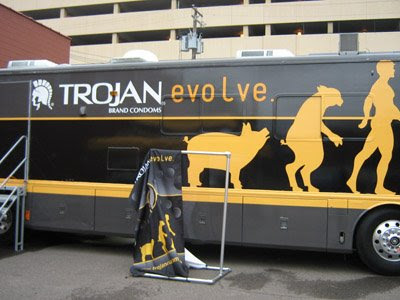 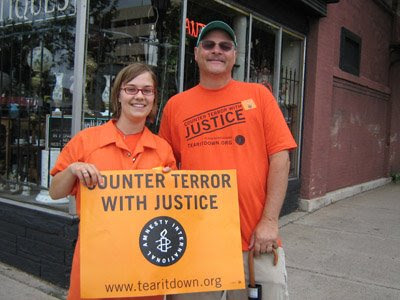 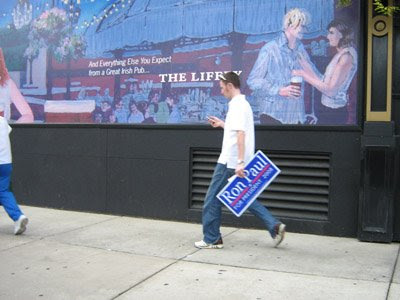 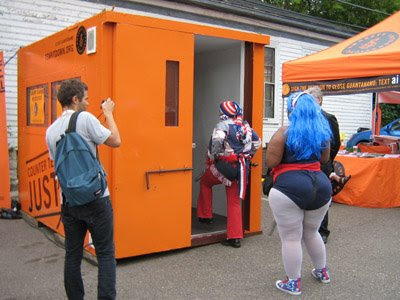 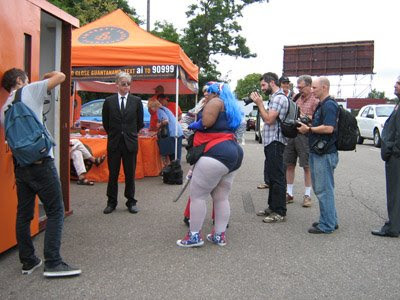 Footage from our handheld camera after our video camera jammed. Apologies for the fancy image rotations!

What we saw on an evening walk through Minneapolis:
Make your own hippie sign!  Not many people in this area, except the four boys to the right of this picture passing a joint between each other. 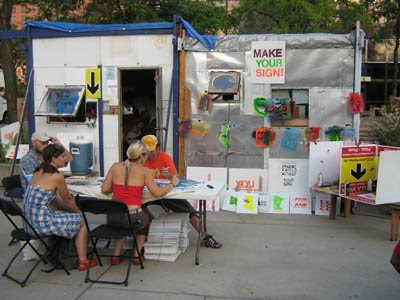 Some of the signs in hippie park. 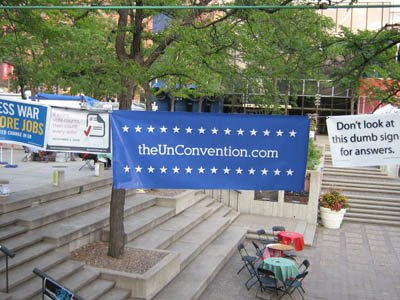 Smart marketing by the 8th Street Grill, and it worked.  Fish and Chips is our recommendation. 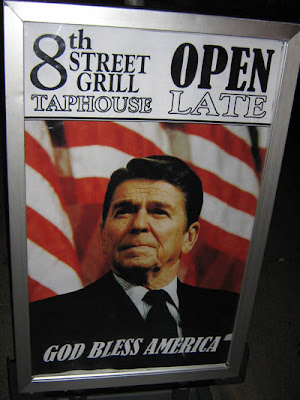 We're in Minneapolis and our first day of the convention was canceled. We regret not going to the convention center anyway, as the pepper spray was in the air. First reports show a great job by St. Paul PD. We'll make a point to join the crowd tomorrow, as this crowd seems to have more enthusiasm than the Denver protesters. 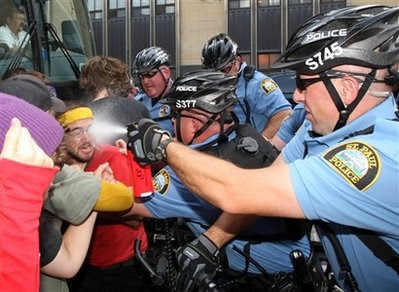 One noticeable difference from Denver - the media were in the crowd of protesters filming the crimes. We were in the Denver crowd Wednesday, and noticed zero media presence. Part of a plan to show one convention in one light, and the other in another?

Here is a powerful video of DNC's Don Fowler joking about Hurricane Gustov and the impact on the Republican Convention. This is an un-needed reminder of what we face for an opposition. They (Dems) sold their soul long ago, and are an issueless, power-hungry, communist-inspired gaggle of incompatible factions.